DreamHack Bucharest 2016 will take place between September 16-18th and will host a new stop of DreamHack ZOWIE Open 2016, that will feature CS:GO, $100,000 and 8 teams attending from all over the world.

The DreamHack ZOWIE Open tour will make a stop in Bucharest during September 16-18th 2016, gathering many of the World’s best pro gamers on the stage of the Polyvalent Hall, the traditional home of DreamHack Bucharest.

More details regarding DreamHack Bucharest 2016 will be announced in the coming weeks, so be sure to follow the PGL’s and DreamHack Romania’s social media pages.

The tickets are now available on:
https://shop.computergames.ro/bilete-evenimente/
and on
https://esportshop.eu/

Bucharest Gaming Week – Editia a 2-a

This site uses Akismet to reduce spam. Learn how your comment data is processed. 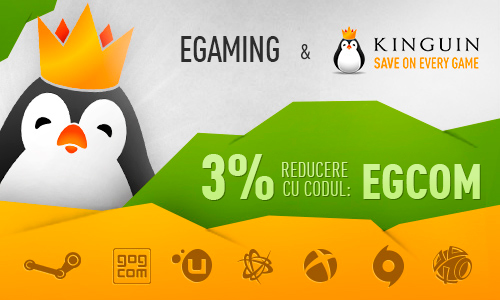